"An issue of concern to computer scientists is the tendency to use publication databases that do not adequately cover CS, such as Thomson Scientific's ISI Web of Science.

The principal problem is what ISI counts. Many CS conferences and most books are not listed; conversely, some publications are included indiscriminately. The results make computer scientists cringe.d Niklaus Wirth, Turing Award winner, appears for minor papers from indexed publications, not his seminal 1970 Pascal report. Knuth's milestone book series, with an astounding 15,000 citations in Google Scholar, does not figure. Neither do Knuth's three articles most frequently cited according to Google.

Evidence of ISI's shortcomings for CS is "internal coverage": the percentage of citations of a publication in the same database. ISI's internal coverage, over 80% for physics or chemistry, is only 38% for CS.

Another example is Springer's Lecture Notes in Computer Science, which ISI classified until 2006 as a journal. A great resource, LNCS provides fast publication of conference proceedings and reports. Lumping all into a single "journal" category was absurd, especially since ISI omits top non-LNCS conferences:

ISI indexes SIGPLAN Notices, an unrefereed publication devoting ordinary issues to notes and letters and special issues to proceedings of such conferences as POPL. POPL papers appear in ISI—on the same footing as a reader's note in a regular issue.

The database has little understanding of CS. Its 50 most cited CS references include "Chemometrics in food science," from a "Chemometrics and Intelligent Laboratory Systems" journal. Many CS entries are not recognizable as milestone contributions. The cruelest comparison is with CiteSeer, whose Most Cited list includes many publications familiar to all computer scientists; it has not a single entry in common with the ISI list.

ISI's "highly cited researchers" list includes many prestigious computer scientists but leaves out such iconic names as Wirth, Parnas, Knuth and all the 10 2000–2006 Turing Award winners except one. Since ISI's process provides no clear role for community assessment, the situation is unlikely to improve.

The inevitable deficiencies of alternatives pale in consideration:

In assessing publications and citations, ISI Web of Science is inadequate for most of CS and must not be used. Alternatives include Google Scholar, CiteSeer, and (potentially) ACM's Digital Library.

Anyone in charge of assessment should know that attempts to use ISI for CS will cause massive opposition and may lead to outright rejection of any numerical criteria, including more reasonable ones.

About the PAN Workshop:
The workshop shall bring together experts and researchers around the exciting and future-oriented topics of plagiarism detection, authorship identification, and the detection of social software misuse. The development of new solutions for these problems can benefit from the combination of existing technologies, and in this sense the workshop provides a platform that spans different views and approaches. The following list gives examples from the outlined fields for which contributions are welcome, but not restricted to:

lagiarism analysis is a collective term for computer-based methods to identify plagiarism offense. In connection with text documents we distinguish between orpus-based and intrinsic analysis: the former compares suspicious documents against a set of potential original documents, the latter identifies potentially plagiarized passages by analyzing the suspicious document with respect to changes in writing style.

"Social Software Misuse" can nowadays be noticed on many social software based platforms. These platforms like blogs, sharing sites for photos and videos, wikis and online forums are contributing up to one third of new Web content. "Social Software Misuse" is a collective term for anti-social behavior in online communities; an example is the distribution of spam via the e-mail infrastructure. Interestingly, spam is one of the few misuses for which detection technology is developed at all, though various forms of misuse exist that threaten the different online ommunities. Our workshop shall close this gap and invites contributions concerned with all kinds of social software misuse.

About the Competition on Plagiarism Detection:
The detection of plagiarism by hand is a laborious retrieval task, a task which can be aided or automatized. The PAN competition on plagiarism detection shall foster the development of new solutions in this respect.

A large corpus of artificial plagiarism containing cases which have been obfuscated and/or translated will be released for the competition. A development corpus, to be used in developing a detection software, will be released two months before the competition starts, a competition corpus will be used to evaluate and compare detection softwares. The former will contain fully annotated plagiarism cases, the latter will not.

The succes of a plagiarism detection software will be measured in terms of its precision, recall, and granularity.

Information about workshop and competition can be found at
http://www.webis.de/pan-09 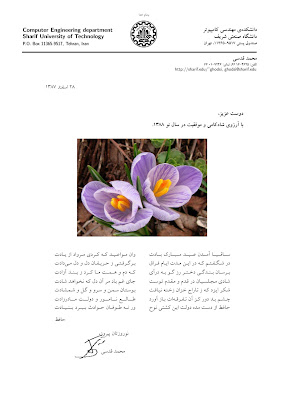